THE 1ST 2X VENOM BREEDING: LITTER UPDATE AT ONE YEAR This method of breeding has been around for centuries and has enabled top breeders in several different breeds to establish some of the best bloodlines. But, inbreeding comes with several risks and should not be carried out by the novice breeder.

We’ll cover more on the types of breeding including inbreeding, linebreeding, outcrossing, back breeding, grading up and duel sired in our next article. After much thought, DNA & genetic testing- Venomline decided on Moana for the first 2X Venom breeding.

The results were incredible. We have seen many Sires bred back to their offspring by novice breeders with disastrous results. In breedings where Venom was bred to offspring of his (there have only been 3) there has not been a kink, overbite or health issue up to this point. Thats unheard of, when inbreeding.

THE 1ST EVER 2X VENOM LITTER AT 1 YEAR 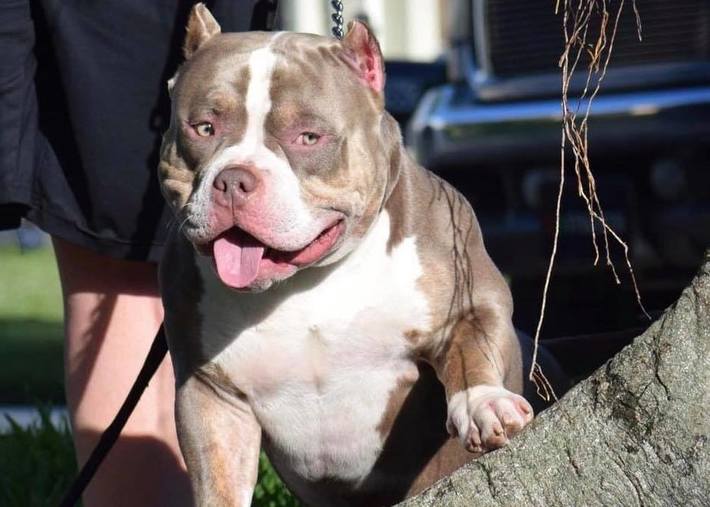 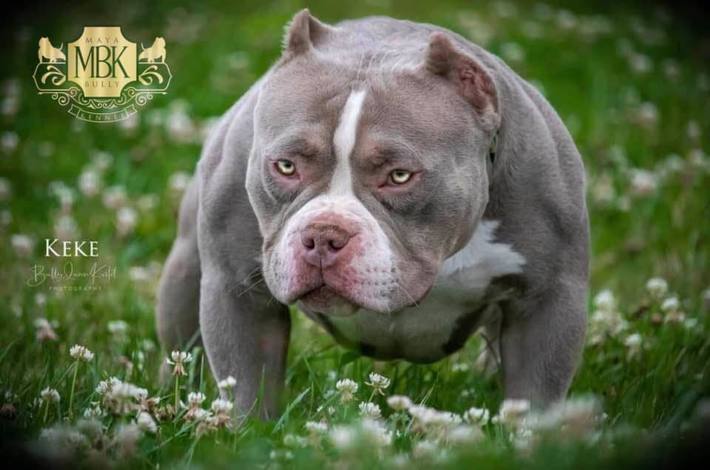 In other news, we headed up to Kissimmee, Florida for an ABKC Show

We only brought out 3 of the girls for this one but they did the damn thing. 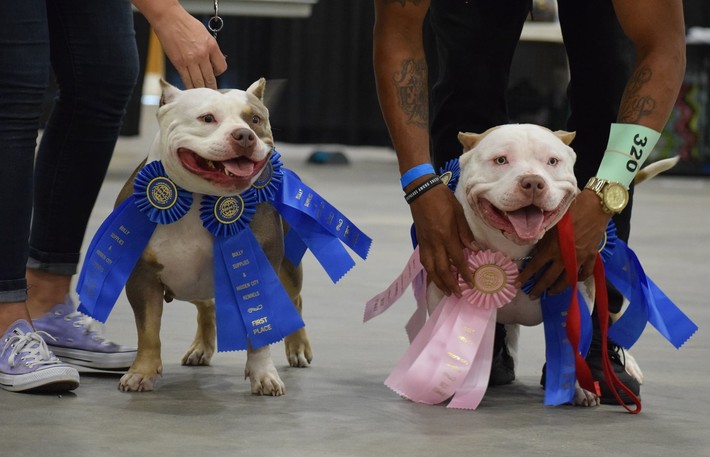 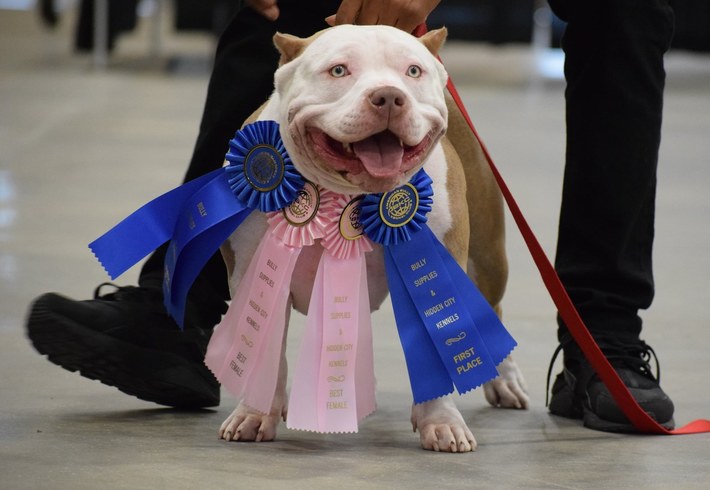 Khaleesi now has all of her Majors and is a few points shy of her Champion Title.

Venom daughter Champion FURY of Dawghouse Bullies came prepared to earn points for her Grand Champion Title but decided to be moody and wasn’t feeling it. 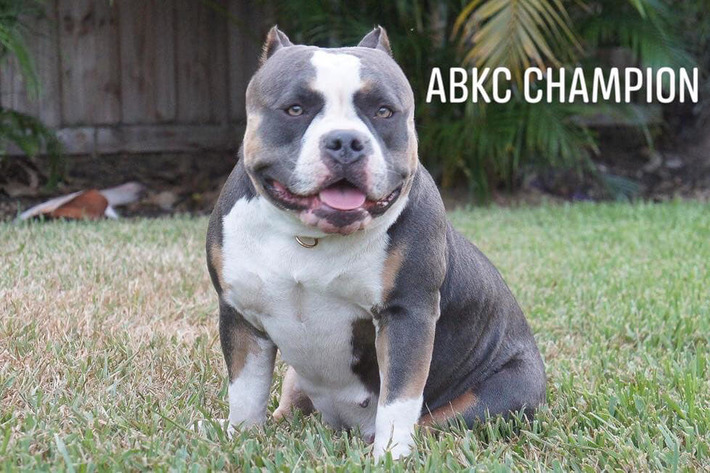 She’ll be back at the next one.

DHB/VENOMLINE'S DIESEL BECOMES ONE OF YOUNGEST CHAMPIONS IN ABKC HISTORY

If that weren’t enough, Diesel (from our Big Red X Panda litter w/Dawghouse Bullies) became one of the youngest Champions in ABKC history. Someone in the crowd said youngest ABKC Champion ever.

I could be wrong, but I believe Worldstar & Nicky Jam are the two youngest. Anyhow, very proud of this boy and congratulations to his owners. Swizz wasn’t having it today. She was NOT in the mood. She was a grump! But she did win Stack Off Champion. Also want to give a huge Congratulations to GrCh Shots Fired son Gorilla Zoe on winning Best Overall Pocket in Shows 1-3 and earning his Champion Title! His owners are class acts and it was well deserved! 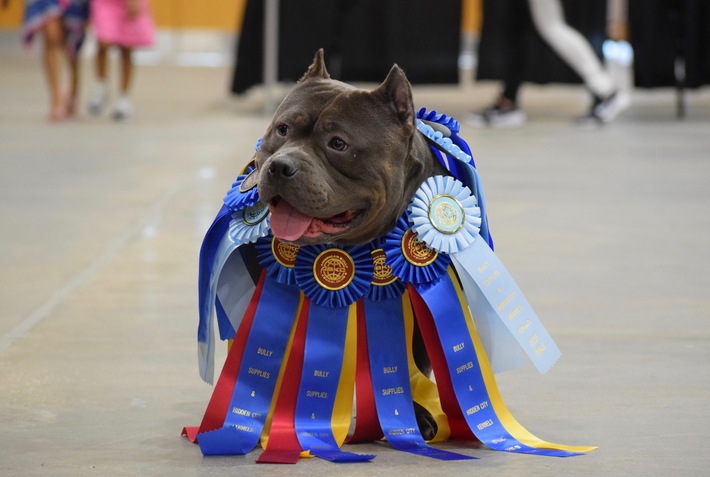 THE STUDS OF VENOMLINE 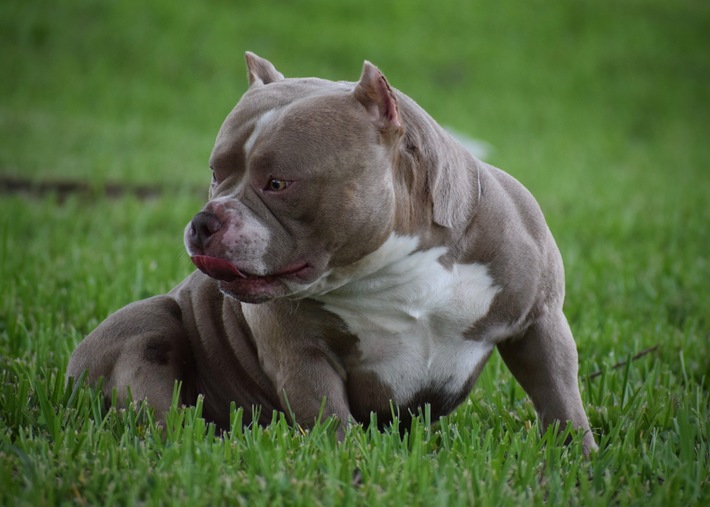 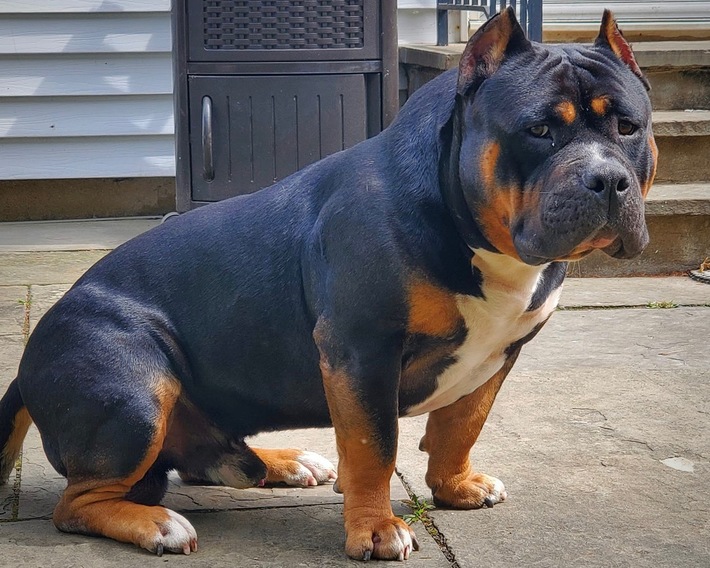