Venom is one of the most sought after studs in the world, with Matt having to limit the number of customers to three per week, and each puppy is sold for around $8000.

Venom has gained fame worldwide for his unmistakeable bodybuilder physique, with his muscular build allied to his short frame and big, warm smile.

Matt told Barcroft TV: “Venom has become a bit of a legend in the bully world for his ability to reproduce himself.”

He’s so consistent, that several of his puppies look exactly like him! So much so, they have become known as “Clones” or “mini Chunks” and “Chunklets.” He has over 250 Offspring.

But Matt says that despite their muscular build and “tough” appearance, they are known for being extremely gentle and make great companions.

And Venom’s offspring have proved in such demand that Venomline has recently expanded with a second location – Venomline South located in Sparta, North Carolina.

“We are proud to have in-house and to have produced multiple ABKC Pocket Champions.”

“We always make sure that our dogs are taken care of and if someone can’t care for one of our dogs, it is not going to a shelter, I will come and reclaim that dog because they are that important to us.”

On average Venom’s puppies sell for about six to eight thousand dollars, they can be above or below that range, depending on the litter and also the male and female being paired. However, the owner said that unlike many breeders, they do not depend on their dogs to make a living, this is more a passion of theirs. Jackie Amendola, who owns one of Venom’s daughters – ABKC Champion, Fury told Barcroft TV: “American Bullies are amazing dogs, even pictures don’t justify how awesome these dogs are, there is so much personality, love, and athleticism, and just the colours and the demeanour are amazing. I just love it.”

Venom is in such demand that there were rumours that he’s been valued at $2 million, a suggestion that Matt played down. “He’s a family member, and we’re proud of what he’s creating with his own line, and the joy that he brings our family, you can’t put a price tag on that.” Alisa Smith, Pocket Bully breeder and head of Venomline South- The first official branch of Venomline, made the trip from North Carolina down to South Florida to Venomline’s home base. “It was an enjoyable trip” says Smith as she met with the owner of Venomline- Matt Siebenthal and partner Chris Conigliaro, who was able to show up and capture some incredible shots.

Venomline South made news a few months back with the purchase of our 2017 Mascot Omega, who heads the Stud Lineup at Venomline’s 2nd location. Over the weekend, Alisa arrived with Omega and Matt brought along our 2018 Mascot Louis V Line’s Venom. Omega and Venom are half brothers (both Louis V sons) and this was the first time the two Top Producing Studs met.

They hit it off right off the bat, and immediately became best buds. The head of Venomline, Matt also brought along 15 month old shemale Ms. Swizz (the tri pictured above) along with Venom daughter Khaleesi, who doesn’t look half bad considering she just had a litter 8 weeks ago.

Omega is an absolute stunner in person, and getting the two Top Studs together in photos “was an awesome experience” said the Venomline owner.

The dogs had a blast, and we were able to get some great shots of them having fun at a local park. After introducing Omega to Venom and letting the dogs burn off some energy and have some fun, Alisa headed back to Venomline’s home base where she would pick up her newest addition- a 2X Venom female from the Venom X Khaleesi litter. After visiting with Venomline owners Matt and Deanne and enjoying some Mexican food, Alisa got the chance to hangout with Matt and his wife before calling it a night. Early the next morning it was off to the Animal Hospital of Fort Lauderdale, where Matt’s veterinarians checked out Omega and ran some health tests to make sure he was in great shape. Venom & Omega were collected and stored for future breedings.

After the vet and another photoshoot, it was time for Alisa to head back on the road toward North Carolina, the headquarters of Venomline’s 2nd location, Venomline South. Below are photos of the fun filled day, and some of the Venomline bulls having a great time. Louis V Line’s Venom “Chunk” got a chance to play with daughter Dolce and Sahara from the Venom X Harley breeding.

The pups did a thorough check of his gums for treats, and Chunk loved every minute of it. He always enjoys playing with puppies of his and lets them get away with just about anything.. especially the girls.

Originally from Houston, Texas, we are now located in sunny South Florida.We are proud to have in-house and to have produced multiple ABKC Champions. We hardly, if ever have pups on the ground waiting to be sold.
Our litters are usually sold out before they hit the ground and pups are reserved in advance. If you are interested in a puppy from us, the best way is to reserve a pick off of an upcoming breeding.
If you have questions about the right breeding for you, feel free to give us a call. Sometimes we miss messages on all of the social media sites. If you call and leave a message or text us, we will always reply within 24 hours.
We accept cash, debit, credit, Paypal, Cash App among others. We can also send an invoice that you can pay by credit/debit.
832.452.0898 Call/Txt/WhatsApp SWIZZ had a great weekend at the ABKC Daytona Show! She won 1st in her Class twice and also took home Best Female twice. This puts her at half of the points needed for her Champion Title and 2 Majors. not bad for her 1st Show!

Special thanks to Marco Garcia for the work put in and for doing an excellent job as handler.

Mini Chunk (Another Venom Clone) Heads to His New Home in Kuwait!

Alright Mini Chunk go on to do great things at your new home in Kuwait  Thank you Anu for all of your hard work and for making the trip!

He will be bunking down with one of Venom’s daughters (his 1/2 sister) who’s waiting to welcome him to his new pack:)

That makes us feel a lot better knowing he will have company and a sister of his to ease his transition into his new home and make playtime that much more fun.

This little guy was a clone of his daddy- down to the concerned grunts, noises he makes and personality. Here’s a look back on some of the fun we had together while he was with us.

Some of the fun the father/son duo had together Here’s some video to see just how close the two are in appearance. Venom “Chunk” has been so consistent at Stud he has cloned himself several times, with a number of different females. “Look Mister, there are some rules that you've got to follow: First of all, keep him out of the light, he hates bright light, especially sunlight. Second, don't give him any water, not even to drink.] 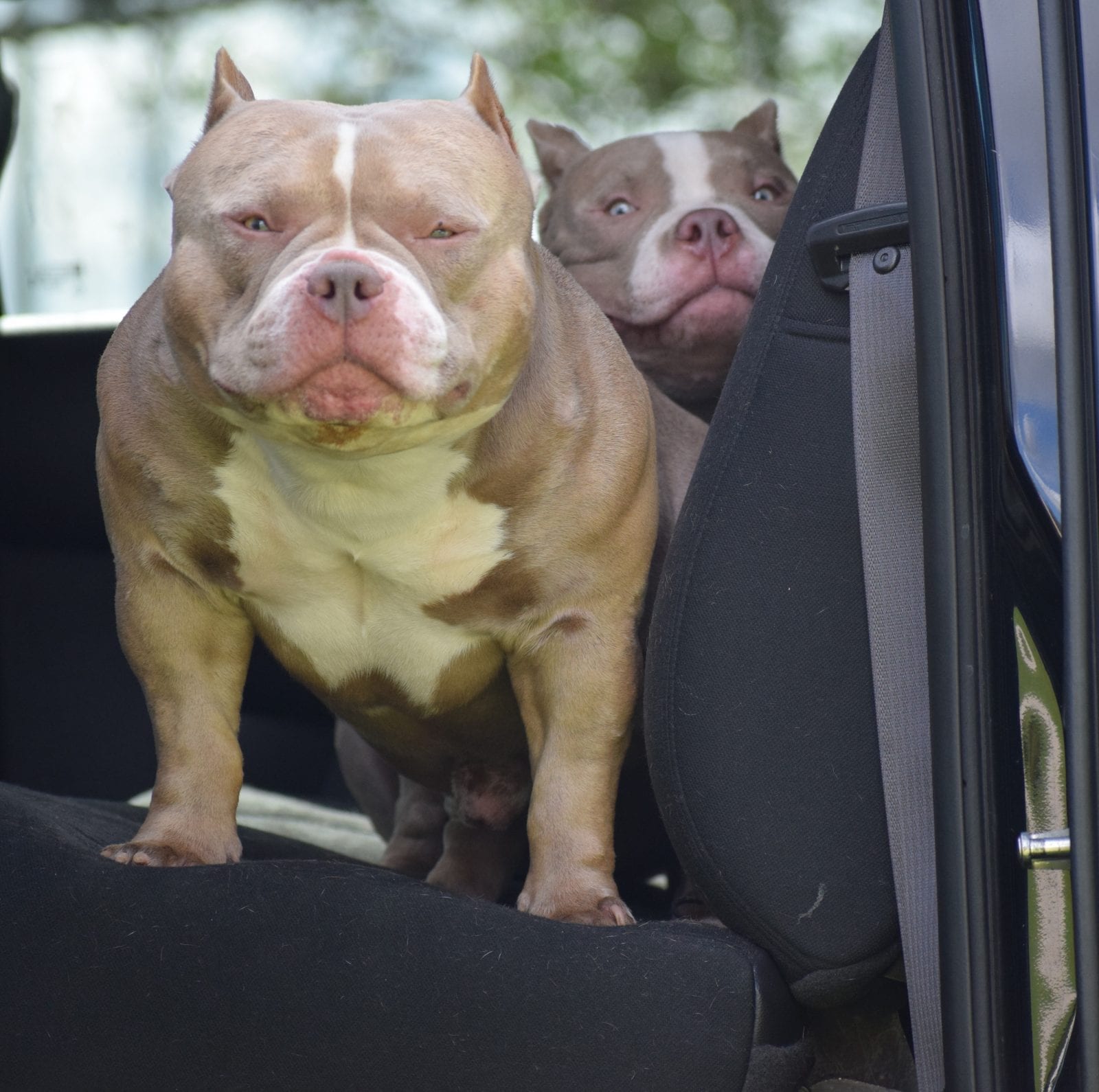 For those of you reading this too young to get that reference, do yourself a favor and watch Gremlins the 80's Classic. We didn't have the special effects that you're used to, but the movies were better.

Venom has proven again just how consistent a Stud he is, producing yet another exact replica in his son Mini Chunk. It's scary how similar these guys are. Anyways, here's some pics from the father/son duo's day at the park. They had a blast together and finished the afternoon with a nap together on the couch. 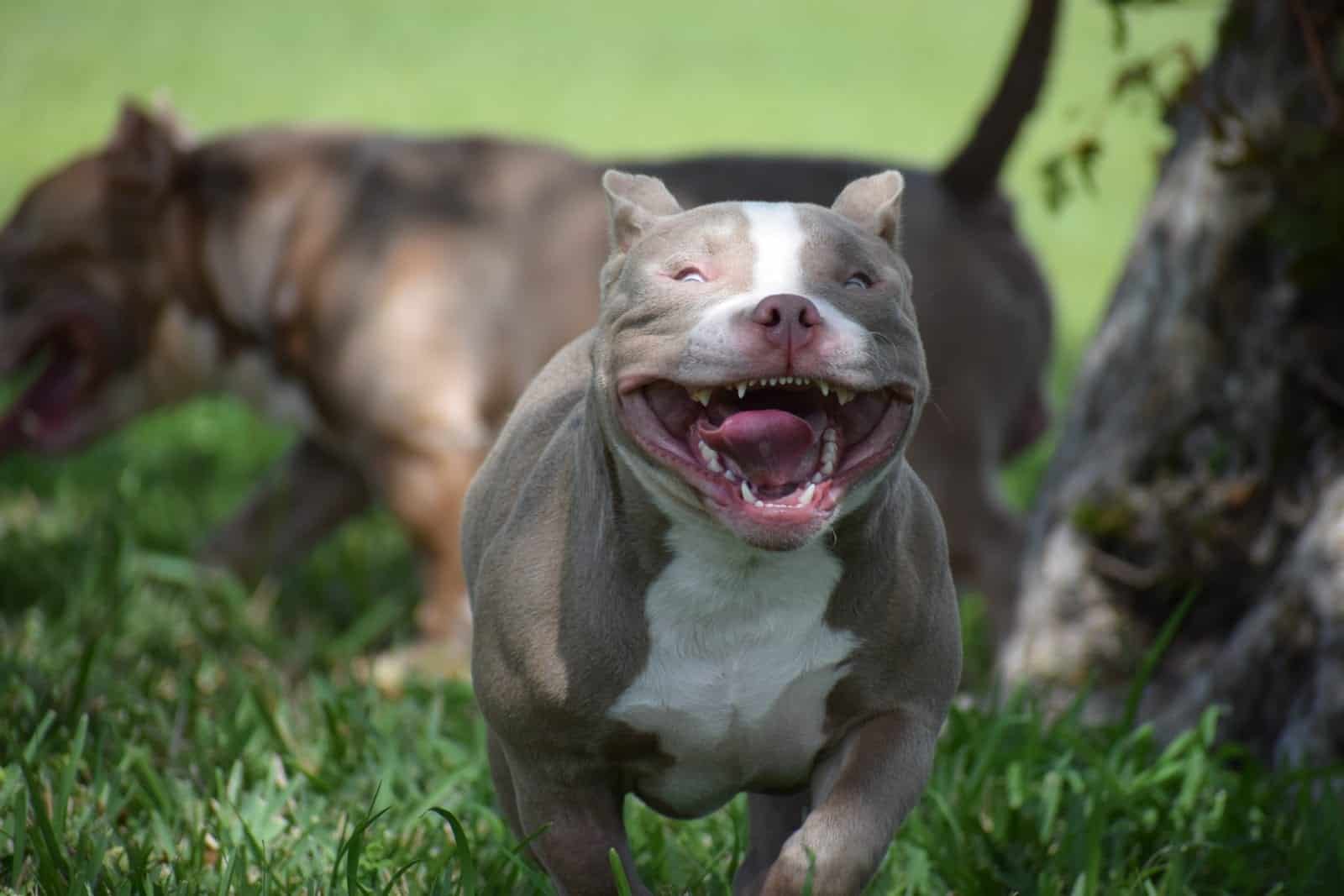 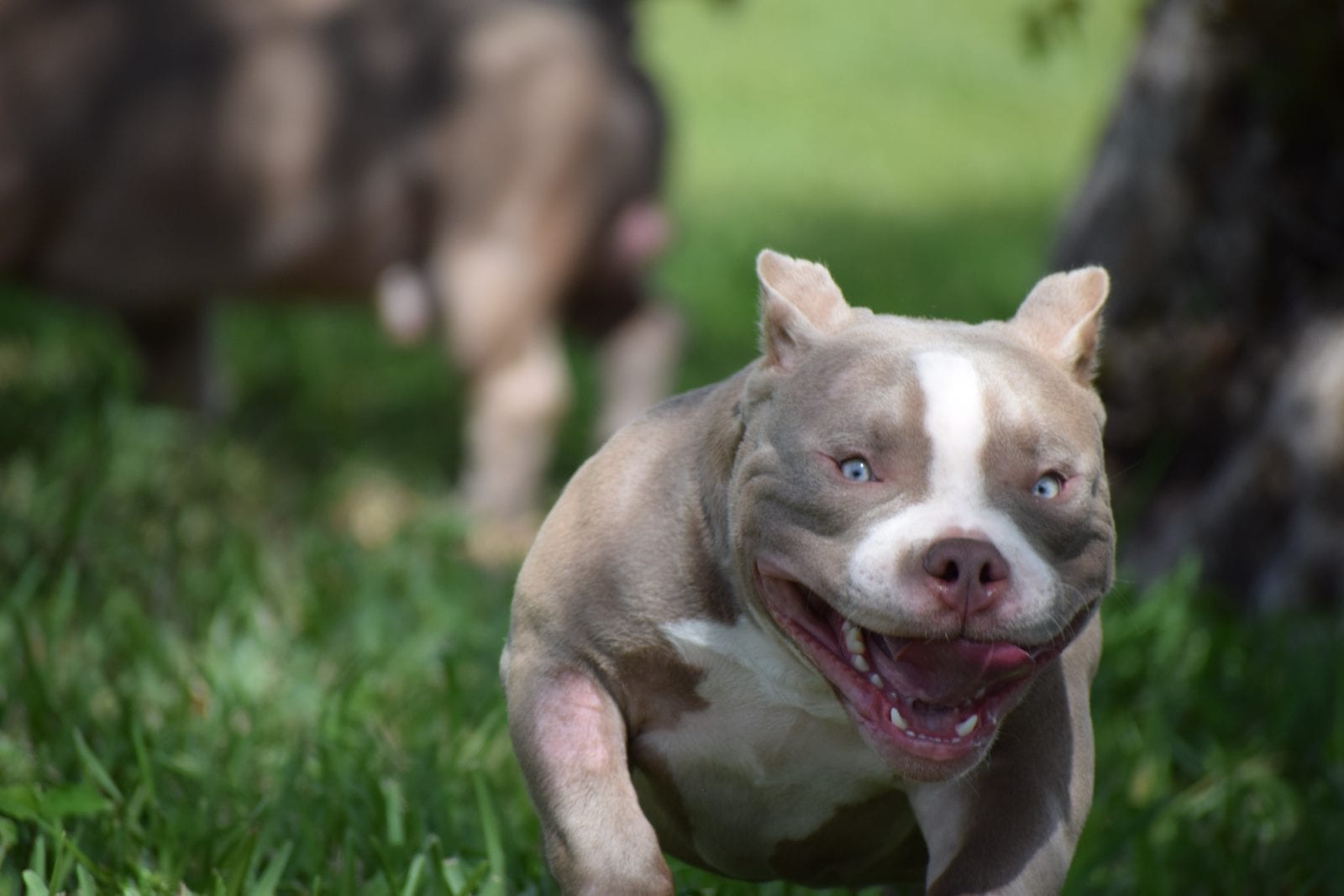 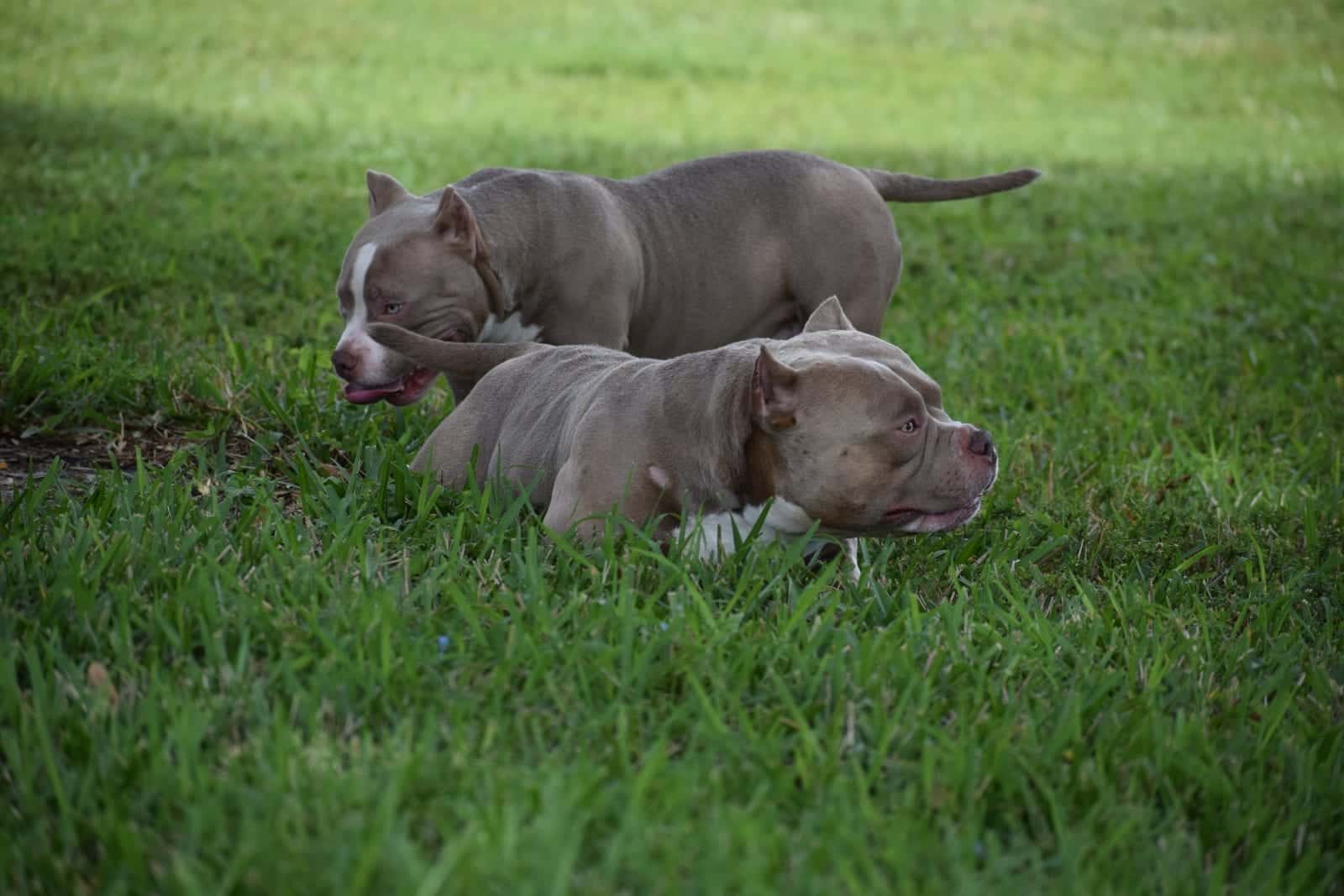 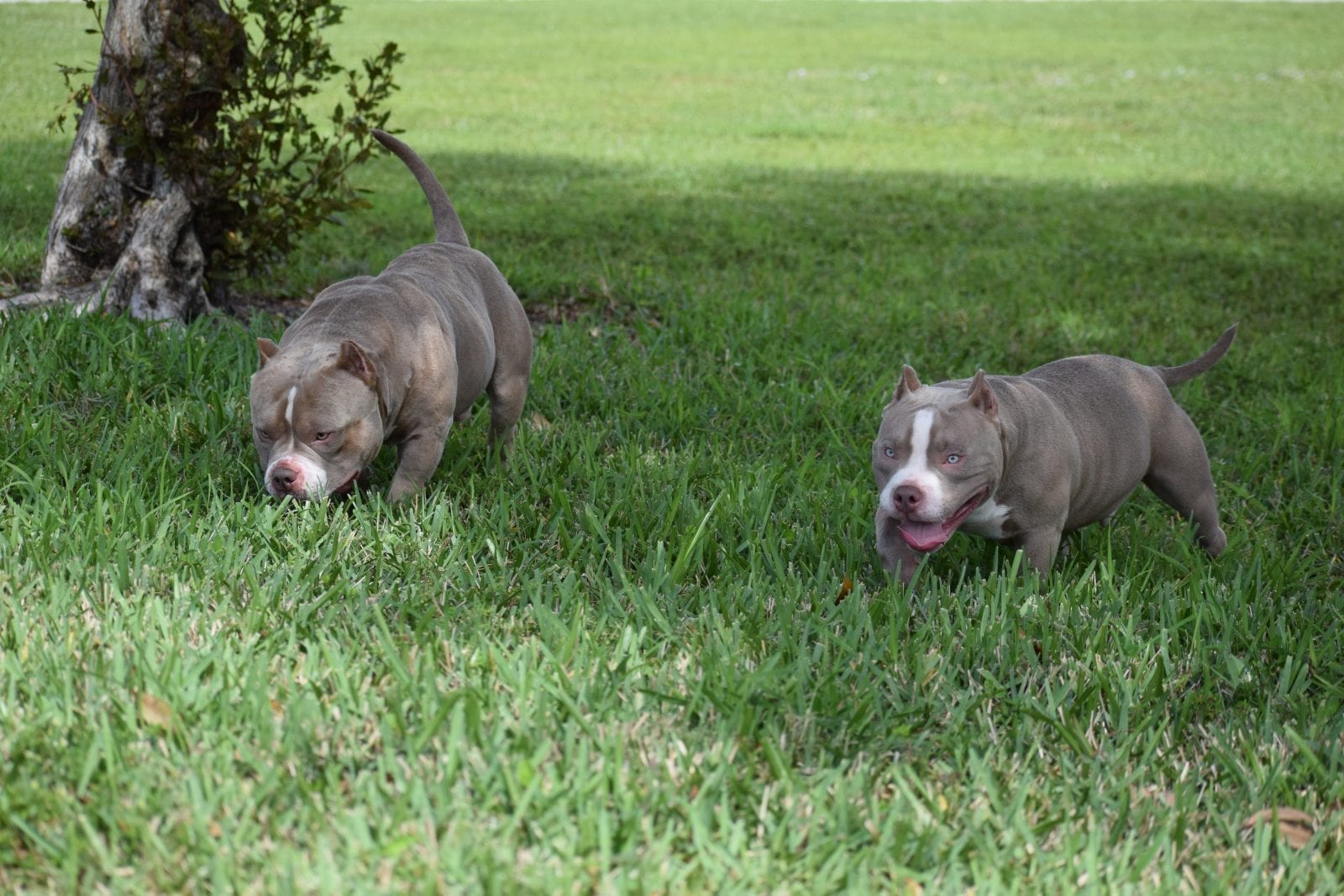 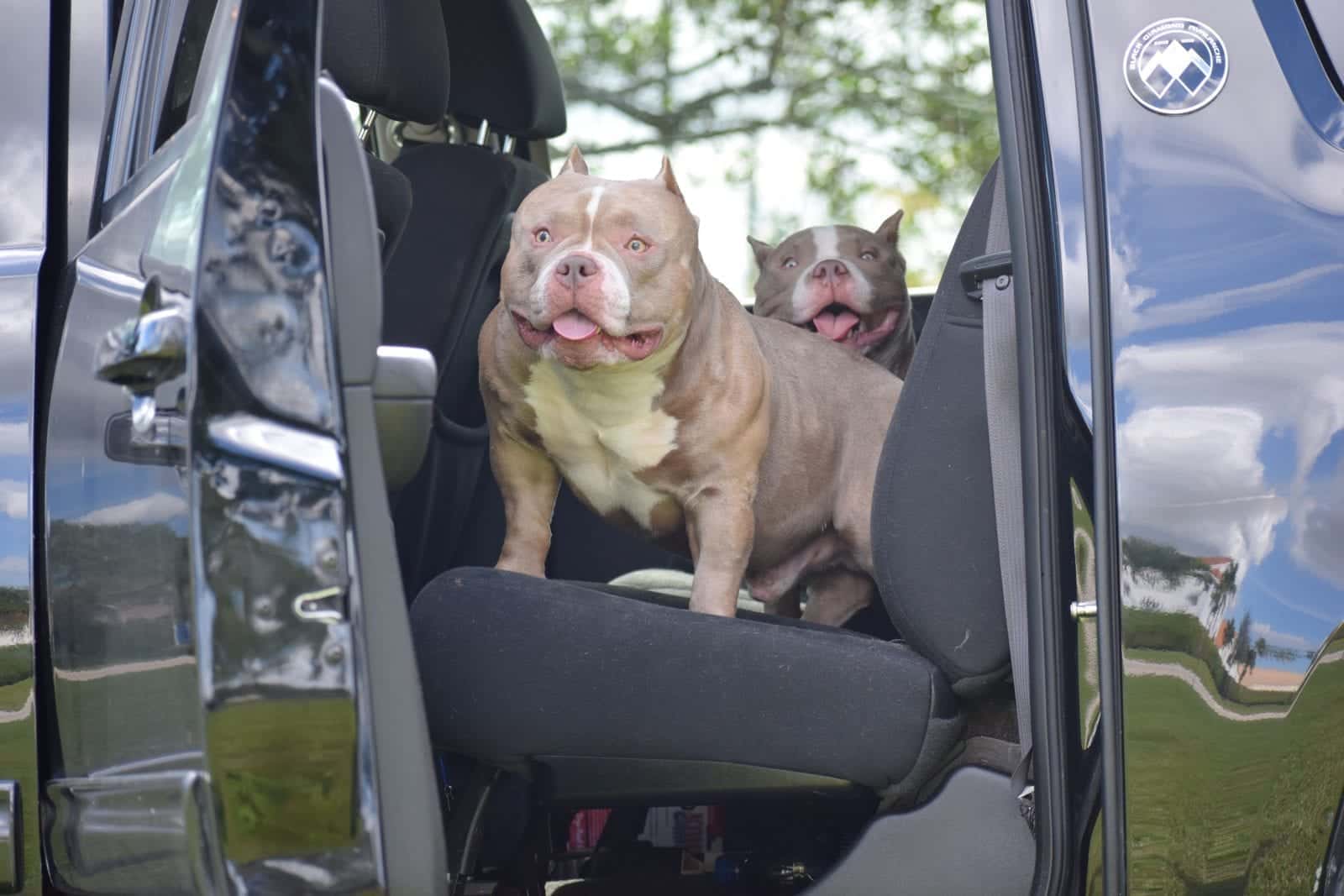 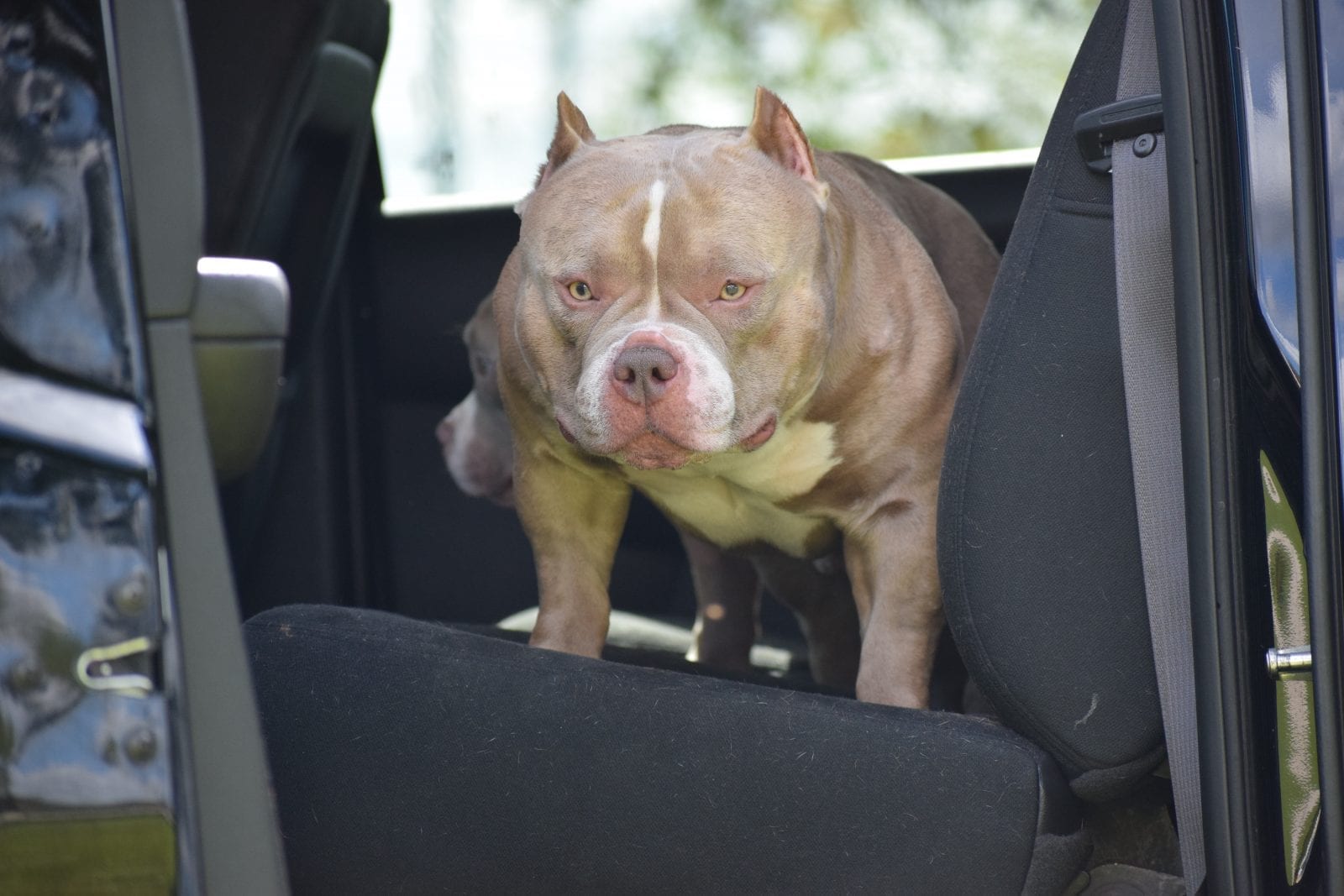 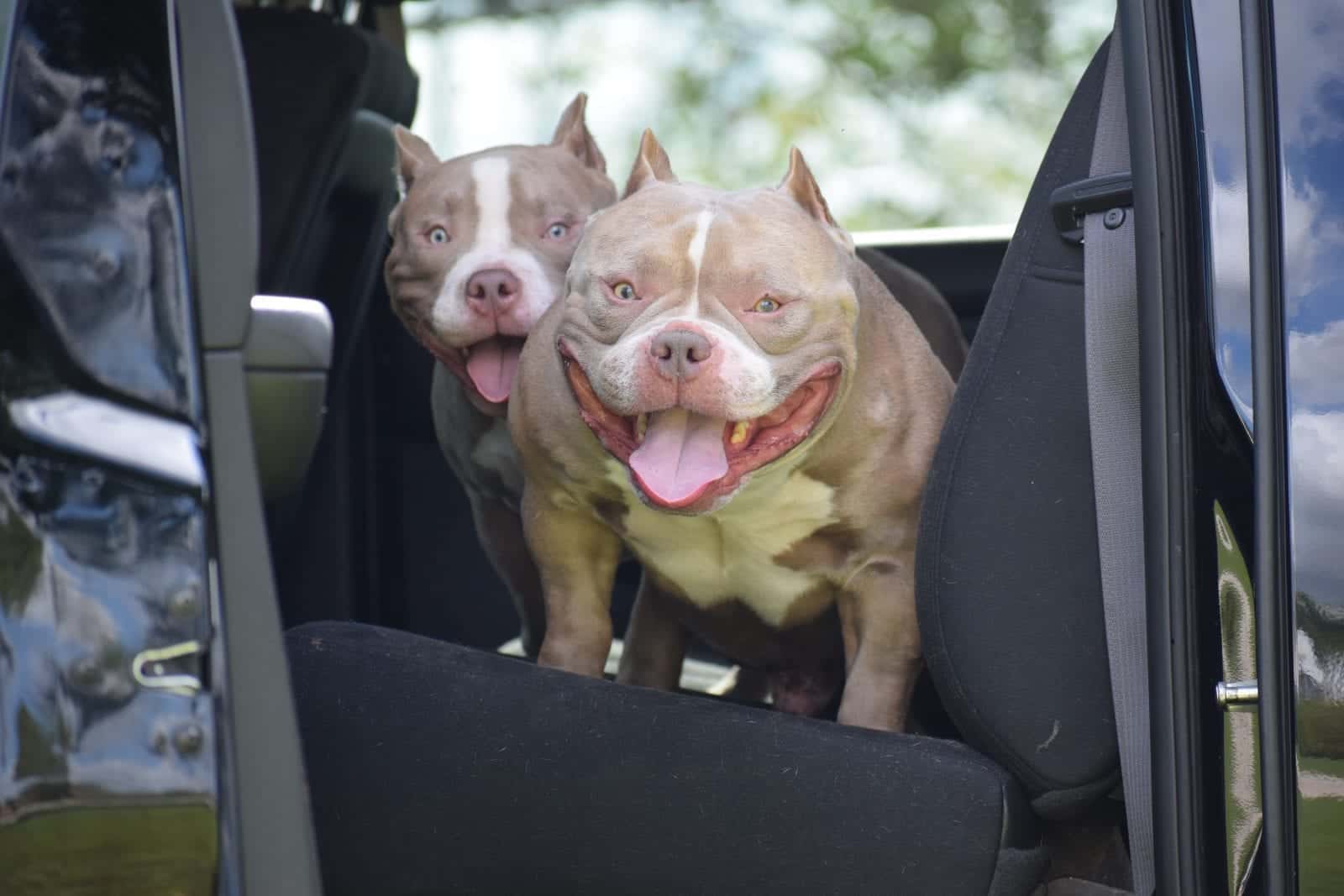 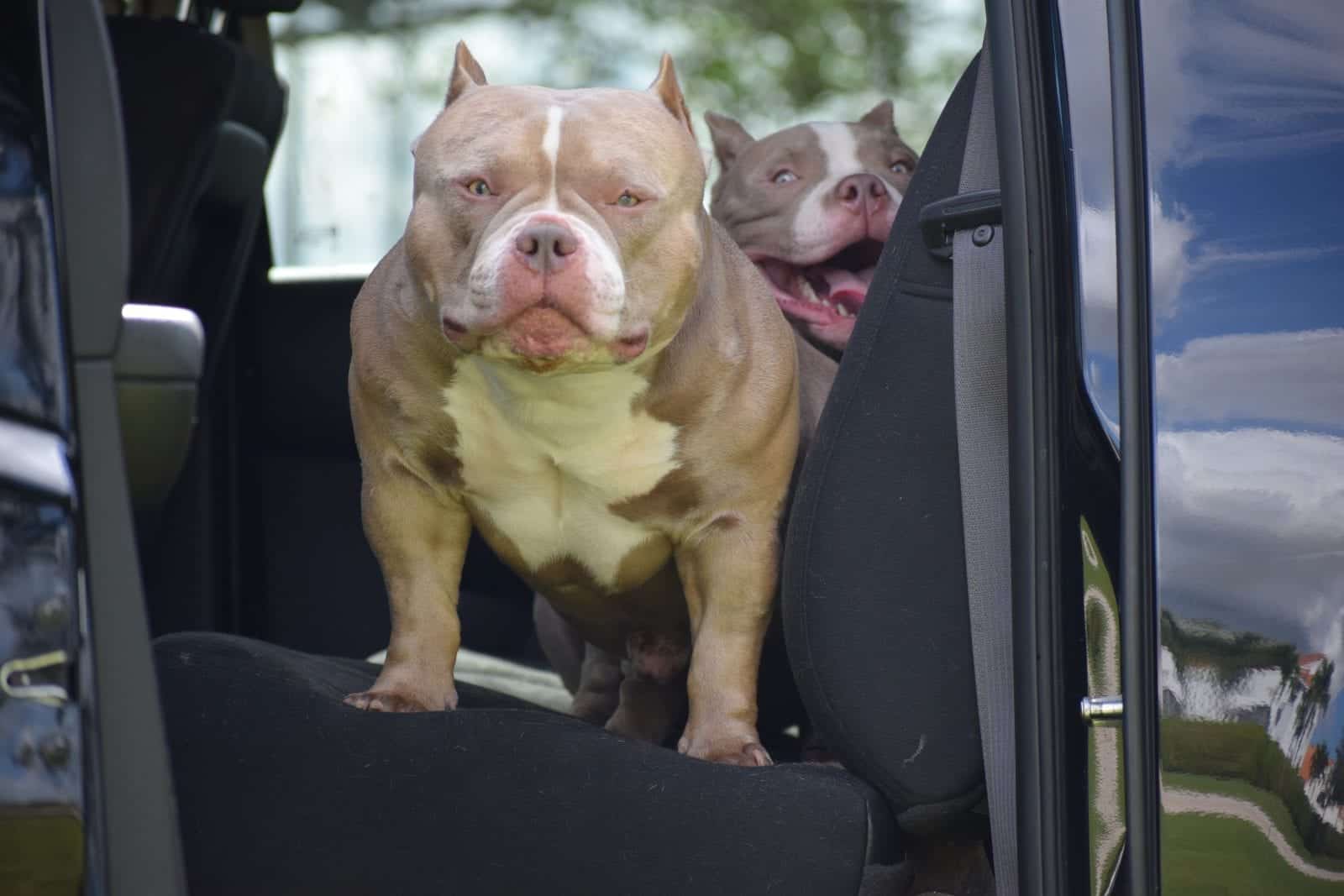 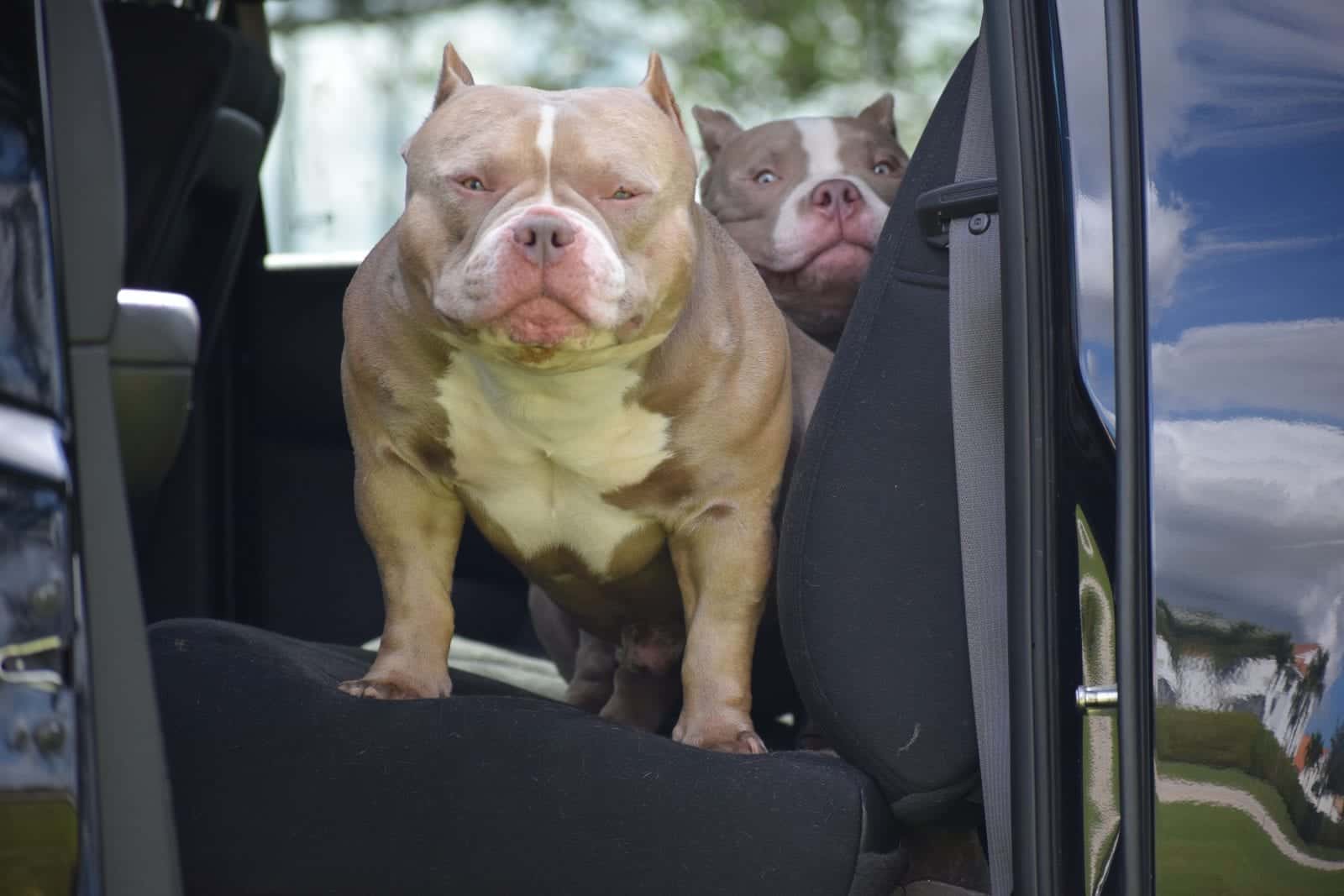 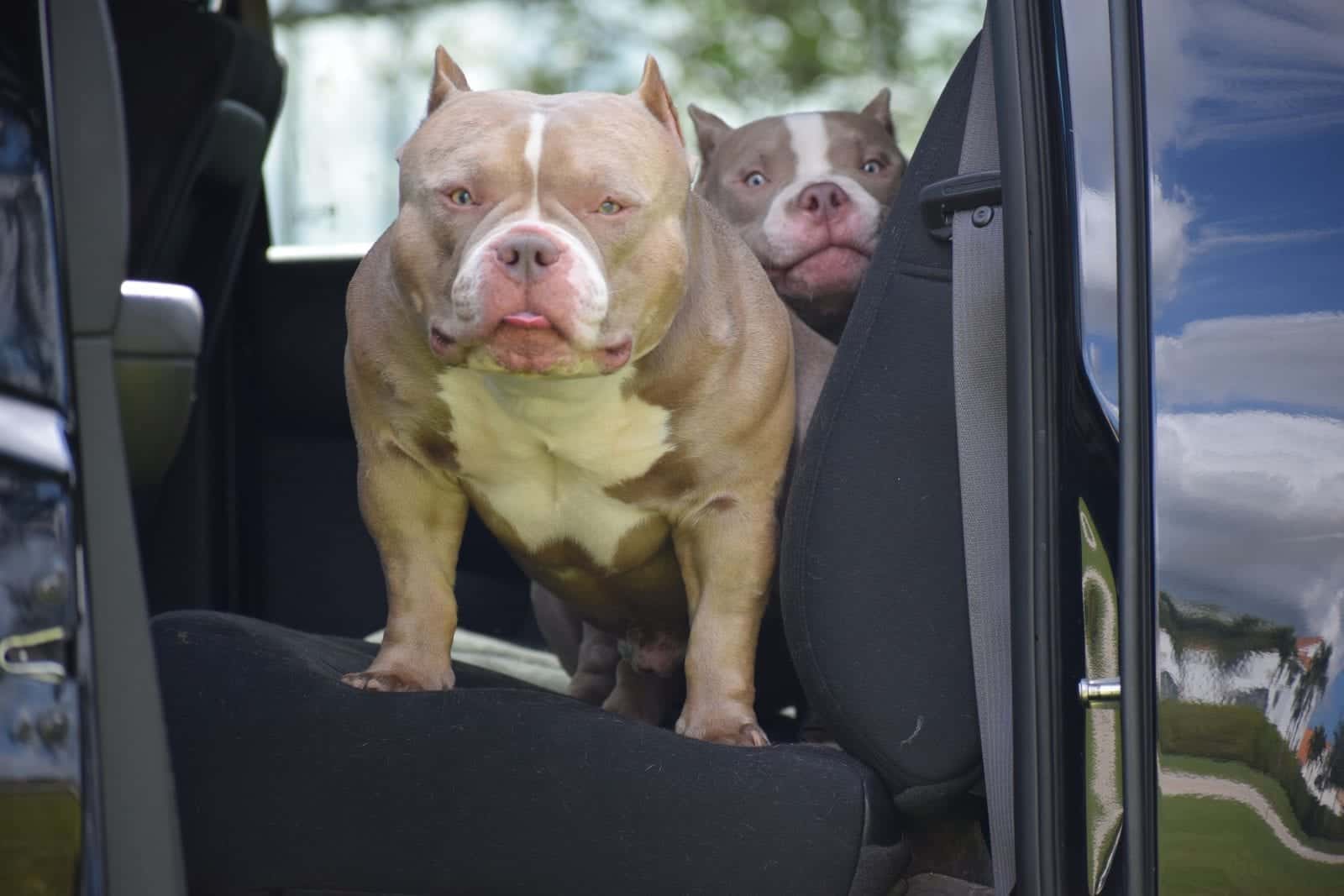